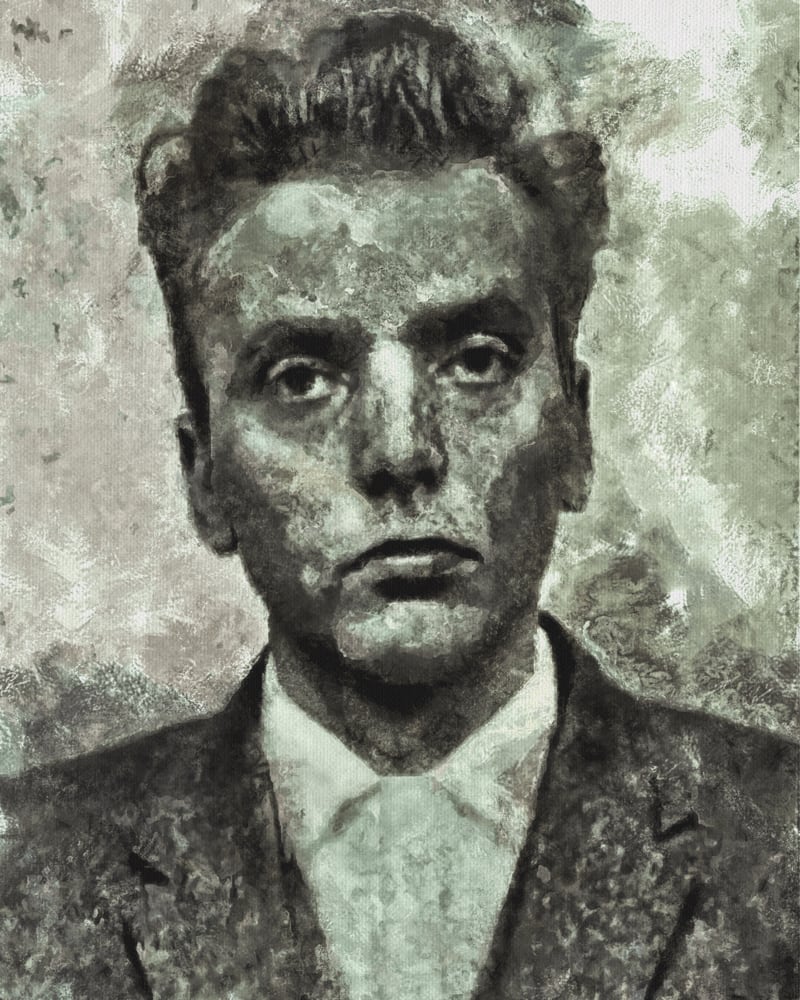 Other serial killers in Britain have been more prolific than Ian Brady and Myra Hindley, but none have garnered as much publicity or become as plainly the epitome of evil as this pair, the so-called “Moors Murderers,” who cruelly tortured and killed at least five children in the early 1960s. Myra Hindley’s participation was at the core of the atrocity, as only males were known to commit serial sex murders of children at the time. Hindley became Britain’s most despised individual, detested even more than the main perpetrator of their atrocities, Ian Brady. Ian Brady was born on January 2, 1938 in Glasgow, Scotland. Peggy Stewart, his mother, was unmarried and unable to sustain her kid at the time. She entrusted her four-month-old infant to the care of John and Mary Sloane, a couple with four children of their own. Peggy continued to see her son for a time, never admitting that she was his mother. When her son was twelve, she relocated to Manchester, England, with her new husband, Patrick Brady. Ian was a challenging youngster, clever but a loner. Despite having passed the admission test to a reputable institution, Shawlands Academy, he went entirely off the tracks in his teens. He grew obsessed with Nazi Germany, particularly Adolf Hitler, and regularly skipped school and committed thefts. He had been arrested three times by the age of sixteen. He was only spared from reform school when he consented to leave Glasgow and live with his natural mother Peggy in Manchester. When he arrived in Manchester in late 1954, he tried to blend in by adopting his stepfather’s name. He worked as a market porter, but he got in problems again within a year. He was imprisoned for stealing and appears to have decided on his future vocation as a professional crook while there. With this in mind, he studied bookkeeping. After his release, he worked as a laborer while hunting for a suitable criminal organization. He couldn’t locate anything, so he put his new expertise to more traditional use and found a job as a bookkeeper with a firm named Millwards Merchandising. Myra Hindley, a new secretary, started there a year later.

Myra Hindley grew reared in a more traditional household than Brady. She was born on July 23, 1942, in Manchester, the elder child of Nellie and Bob. During the war, the family resided with Myra’s grandmother, Ellen Maybury, while Bob was in the army. Myra later returned to live with her grandmother, who was devoted to her, while Bob and Nellie were struggling in the postwar years. Throughout her school years, Myra was seen as a bright, if not overly ambitious, youngster who enjoyed swimming. She was a popular babysitter throughout her adolescence. She dropped out of school at sixteen and went to work as a clerk in an engineering business. Soon after, she became engaged to Ronnie Sinclair, a local. However, she called off the engagement after deciding that she needed more excitement in her life. That dream was all too cruelly realized when she started a new job and was assigned to work alongside Ian Brady. Hindley quickly fell for Brady’s dark, brooding demeanor. It took him a year to reciprocate her feelings, but once they were together, he realized he had discovered the ideal counterpart for his increasingly macabre dreams. Brady had spent the last few years reading avidly. Among other, less exalted literature on sadomasochism, Dostoyevsky’s Crime and Punishment, Hitler’s Mein Kampf, and the Marquis de Sade’s Justine were particular favorites. Brady began to see himself as a type of superhero, transcending the boundaries of good and evil. All of this was devoured by the dedicated Myra. During their early years together, she used hair colour and make-up to convert herself into the Aryan blonde of Brady’s fantasies. She stopped visiting her friends and dedicated herself completely to her boyfriend. Brady introduced Hindley to the next chapter of their relationship in 1964: a life of crime. His initial thought was to commit a bank heist. Myra, the obedient daughter, joined a gun club and got two guns for him. Brady, however, changed his mind before the heist could be carried out. He didn’t want to commit robbery, but rather murder.

Pauline Reade, sixteen, was the couple’s first victim. On July 12, 1963, the pair abducted the adolescent while on their way to a dance. They tricked her into following them to Saddleworth Moor, where Brady raped her and slashed her neck. They buried her there after that. Brady determined on 11 November, having gotten away with the crime, that it was time to kill again. This time, the victim was a twelve-year-old boy named John Kilbride, whom they kidnapped from Ashton-under-Lyme. Keith Bennett, a twelve-year-old boy from Manchester, was kidnapped seven months later, in June 1964. On the moors, both boys were raped, killed, and buried. They attacked again six months later, on Boxing Day, December 26, 1964. They abducted a girl this time: ten-year-old Lesley Ann Downey. Brady took pornographic images of Downey with Hindley’s help, intending to sell them to wealthy perverts. The pair, now completely immersed in their depravity, even recorded their torturing of the scared little child. Finally, Brady raped her and either he or Hindley strangled her, depending on which tale you believe, before burying her alongside the others on the moors. Brady began bragging to Hindley’s brother-in-law, David Smith, about his escapades. Brady demanded that Hindley bring Smith to their house on October 6, 1965, just as he was ready to execute his next victim, seventeen-year-old Edward Evans. Smith was not impressed, but rather terrified, and went to the police station the following morning. They stormed the residence and discovered Evans’ body. Further research led them to begin excavating on the moors, where they uncovered Downey and Kilbride’s remains. They then discovered a box holding the images and videotape of Downey’s murder. Both Brady and Hindley sought to blame David Smith at trial, but the tape’s spectacular evidence led to their convictions for murder. Brady and Hindley were both sentenced to life in prison. For a long time, Hindley maintained her innocence, but she gradually came to accept some culpability. Brady admitted his guilt and eventually confessed to five more killings that have yet to be substantiated. In 2002, he published a book on serial killers that sparked outrage in the United Kingdom. Myra Hindley died in jail the same year.

END_OF_DOCUMENT_TOKEN_TO_BE_REPLACED 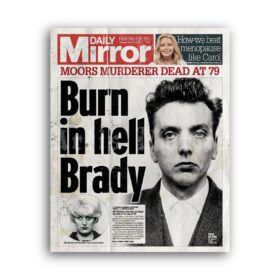 END_OF_DOCUMENT_TOKEN_TO_BE_REPLACED

Details: Mugshot of Ian Brady and Myra Hindley – pair commited a series of murders between July 1963 and October 1965, in and around Manchester. This case known as “the …